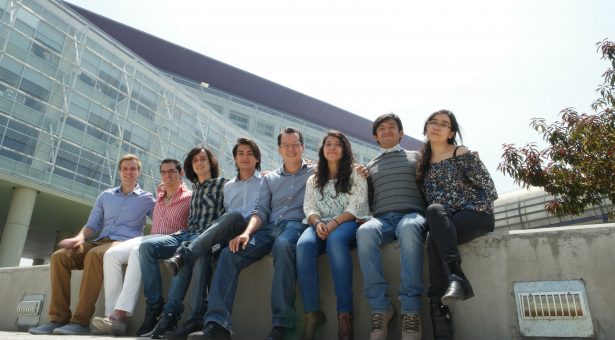 Ricardo Ramírez-González, a student at The Earlham Institute (EI), spent his internship in the Human Systems Biology Laboratory (HSBL) lead by Prof Osbaldo Resendis-Antonio at the Instituto Nacional de Medicina Genómica (INMEGEN, National Institute of Genomic Medicine), Mexico. He spent his placement working on the development of an integrative framework among bioinformatics and systems biology for understanding the metabolic alterations in cancer.

During the 12 week placement, which started in November 2014, Ricardo hoped to gain a better understanding of systems biology and the current state of genomics in Mexico, his home country. He also wanted to learn about human research, a field in which he had no experience before the internship.

The main objectives of the placement were to implement a pipeline to interpret and analyze RNA-Seq data and to explore integrative analysis of Systems Biology and NGS data. “I was in charge of setting up a quality control and RNA-Seq analysis pipeline to be used by the HSBL. I was also involved in discussions on several ongoing projects on metagenomics and variant detection using sequencing data”, says Ricardo.

Ricardo was given data from an ongoing experiment in the group to produce comparisons and at the end of the internship he was able to hand out an RNA-Seq pipeline to analyze differential expression and a comprehensive comparison of different methodologies to find the best fit for the experiments in the HSBL. The methods and results of the analysis were left ready to publish as soon as the rest of the experiments and validation were carried out. Ricardo also gave training in RNA-Seq analysis to some of the students in the lab, so they can carry on with further similar research.

Ricardo feels that he gained several new skills as a result of his internship, including learning about parallel computing using graphical co-processors and improving his knowledge of human research. He also developed good practices in the use of computational resources, as he had to coordinate the use of the limited computing resources in order for his analysis to run on time without disrupting the rest of the lab. The placement in INMEGEN also helped build Ricardo’s confidence and communication skills as he gave two talks, one in the Universidad Nacional Autónoma de México (UNAM, National Autonomous University of Mexico). Day to the day in the lab he shared his experiences with NGS and gave general advice to his colleagues.

As a foreign student, Ricardo used his internship as a means to gain an overview of the state of science in his home country and he was able to take advantage of networking opportunities, providing him with the prospect to find potential collaborations for his future career and get in touch with potential employers. Ricardo said: “I learnt that if I want to go back to Mexico to do research I’ll have to learn a complete new set of rules, as resources are more constrained and effective management of them is necessary”. He also learnt about how to deal with the red tape that getting involved in international collaborations needs.

Ricardo recommends that students who have yet to arrange their internship take the time to find something they really want to do. “If you are doing something with conviction it is more likely that a good outcome will be produced”.