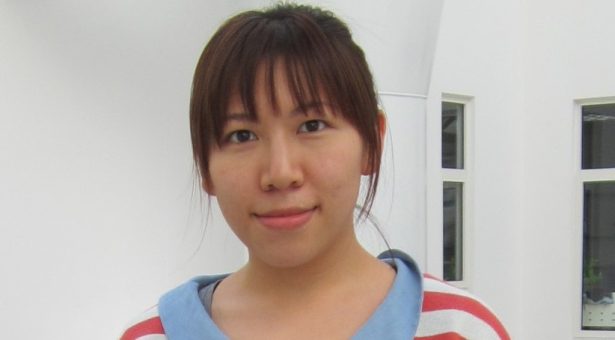 Rebecca develops her skill set with Internship at Antibiotic Action

Rebecca Lo, a student at the University of East Anglia, spent her internship with Antibiotic Action (http://antibiotic-action.com/ ), the public awareness arm of the British Society for Antimicrobial Chemotherapy. The mission of Antibiotic Action is to bring awareness to the global issue of antibiotic resistance. “From an internship, I was hoping to expand my skill set”, says Rebecca. “My experience of conducting research has very much been focused on practical work. From this internship, I hoped to improve my research into literature and be better adept at looking for information less readily available or easily searchable”.

Rebecca undertook her internship from April to July 2015 and was based at the John Innes Centre, supervised by Prof. Tony Maxwell (JIC) and Prof. Laura Piddock (Antibiotic Action and University of Birmingham). She used the opportunity to experience work within the science community but not as an academic researcher, allowing her to gauge whether she would be better suited to this form of work or environment.

The main objective of the placement was to investigate the possibility of revisiting old antibiotics, examining what has been dropped and why, and whether there is any justification for them to be resuscitated. To do this, a variety of sources, whether literature-based or through contacting individuals, currently or previously involved in the research of antibacterial compounds, was accessed. To present this information, a list of compounds, which are no longer in development or have been withdrawn by governing bodies such as the FDA, was generated with some of their properties described. Rebecca interviewed researchers from pharmaceutical companies and analysed records of previously reviewed antibacterial compounds to identify their current status ranging from the 1980s-2012. She also attended industrial conferences which involved networking with representatives of different companies and research backgrounds. The information collected was then assembled in to a database containing over 500 ‘dropped’ antibiotic compounds.

The database will be made publically available in the coming months after this has been reformatted into a searchable database. This will be a completely free resource accessible to academics, industrialists and members of the general public who are interested in looking for the stage of development of new compounds or reasoning behind compounds being discontinued. It would also be a useful platform for researchers to search for compounds to conduct further research.

Rebecca found the internship to be very beneficial as it allowed her to experience life in science without conducting practical research. Instead, she was able to interview many different researchers, both academic and industrial, and understand their take on the problem of antibiotic resistance, widening her views as a researcher and understanding of antibiotic R&D. Additionally, from attending a largely industrial scientific conference, she was able to experience networking with people from a different background. “This was a great experience as I found the atmosphere and the approach to conversing with people to be very different to that of an academic conference”, says Rebecca.

Rebecca worked closely with a fellow intern, based at the University of Birmingham, which involved merging their two initially separate projects into a single database and writing a joint article. This involved arranging face-to-face meetings, telecon sessions and email correspondence to negotiate and divide workload due to different geographical locations and so improved Rebecca’s negotiation and communication skills (verbal and written). In addition she travelled to Antibiotic Action’s Head Office in Birmingham for meetings and to carry out literature research. Rebecca is currently assisting in writing an article with the intent of publishing in a peer-reviewed science journal.

Rebecca advises future PIPS students to thoroughly research the host organisation and the project and says “throw yourself in without reservation to achieve as much as possible – you only get as much out as you put in”.