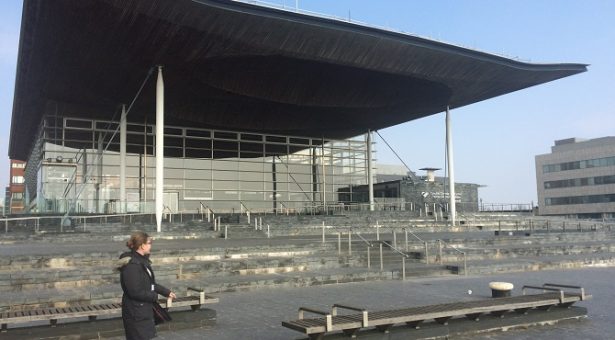 achel Prior spent her internship with the Research Service at the National Assembly for Wales where she hoped to gain experience in a policy environment, as well as experiencing non-academic and non-industrial research.

Rachel joined the Environment and Transport team of the Research Service from January to March 2016, taking part in the day-to-day work of the service. Her duties included answering Assembly Member enquiries on subjects ranging from the laws surrounding pheasant shooting and the loss of light to a private garden, to the effect of conifer plantations on drainage, statistical analysis of the Total Income From Farming in Wales compared to other countries in the UK, and progress on law-making for animal welfare in Wales, among other diverse topics. She also wrote blog posts on relevant topics including one which had the largest “Twitter reach” for that month (see https://assemblyinbrief.wordpress.com/?s=rachel+prior) and some longer proactive pieces of work for publication in the Assembly. These included Research Notes on the EU Energy Union policy, and local authority farms in Wales which were of approximately 6-8,000 words each. Rachel also helped with updating some pre-existing proactive pieces, attended Committee meetings, stakeholder discussion groups and cross-party working group meetings. As it was approaching the end of the Assembly and the upcoming election, she was also responsible for curating a summary of all the stakeholder manifestos for the Welsh election in order to inform the key issues document that would be distributed to all Assembly Members at the start of the new Assembly.

Rachel developed many skills during her internship, including writing, information processing and time management skills.  “Except enquiry responses, all my published work will be available to both Assembly Members and the general public. This allowed me to learn how to write for a large range of audiences, and with varying levels of formality”, reflects Rachel. The application process itself gave Rachel an insight into how a job application might work in the future, including an interview with current team leaders from POST, SPiCE and the Research Service. Securing the internship against competition from other PhD students across the country improved her self-confidence.

Although not directly working on policy development, much of the work that Rachel undertook could in the future impact policy and has given her a good knowledge of the parliamentary system, particularly of how devolution has affected the National Assembly for Wales and the development of policy in Wales. This has confirmed her interest in working in the policy sector after finishing her PhD.

Rachel advises future PIPS students that when identifying which internships to apply for to aim high. She also recommends that whilst there, try and say yes to everything as this can maximize the experience, and finally says to “enjoy the 9-5 while you can”!