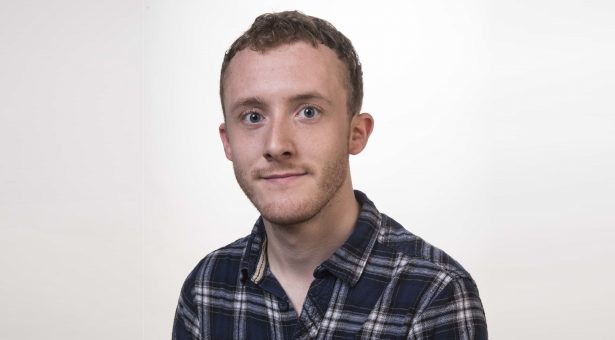 Michael brings bioinformatics to the community with his PIPS internship

Michael Norman, a Biology student at the University of East Anglia, wanted to use his internship to develop skills that he wouldn’t usually get the chance to progress. One of his interests is turning science into business, so working for a business startup like SequenceAnalysis.co.uk was ideal. “As well as gaining some business skills, I wanted to learn a different branch of biology that might help open my mind to other research themes” says Michael.

Michael got to see how the business was run, met with customers and worked to produce a tangible product during his internship in the summer of 2015. The main objective of the internship was to develop small scale genetic sequence analysis computing packages and to use these packages to analyse next generation sequence data. As genetic sequencing becomes more accessible and more widely used, there is an increasing need for researchers to be trained to understand the data produced. This is important, not only so the wealth of information generated by the technology can be utilised, but also so that finds can be properly validated and understood by the wider scientific community. As a result of the internship, Michael produced two software packages, both allowing for genetic sequence analysis. These software packages have teaching applications as well as being able to be used to analyse real data.

Michael benefitted in a number of ways from his internship.  “I had to manage my time and learn a number of skills. I also had to learn the basics of programming so that I could take source code, coding for certain bioinformatics programs, and package it onto an SD card”, Michael says. Michael was also responsible for keeping detailed notes which were later written up as user manuals to allow people to actually operate the products developed. These manuals had to be accessible to people with very little knowledge and experience of computing and analysing genetic sequencing data. He also learned valuable data analysis skills which required learning about different aspects of computing.

As well as gaining software skills, the development of the product from such a base level meant that he was able to gain a practical understanding of many fundamental aspects to computer programming and scripting. Michael was also able to see how a startup business works and got to meet a number of customers in meetings, teaching him the depth and range of services a company such as SequenceAnalysis.co.uk can provide.

Michael felt the internship has boosted his self-confidence, saying “I began to be more confident with my abilities to learn what I needed to carry out tasks and actually end up with a product that worked”. Additionally, Michael gained experience networking and interacting with individuals outside of his direct working environment. Michael advises other PhD students to make the most of their PIPS opportunity; “really forget about your PhD work for the three months and put your all into the internship, there are amazing opportunities that you don’t come across during the PhD that if given the chance you should do”.