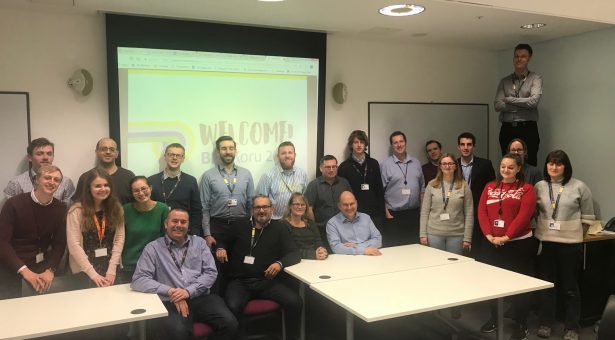 Wes Fowler, a student at the University of East Anglia, wanted to learn and improve his ability to code so he took the opportunity to use a personal contact at Aviva to set up his internship in their Claim Data Science department. The role of Claims Data Science is to improve the customer experience in the insurance claims journey by making better decisions powered by data. This includes reducing the costs of claims by dealing with them more quickly or effectively, reducing the amount of human intervention required, or identifying fraud that has a negative impact on customer premiums.

Wes undertook his PIPS at the end of his first year and found this timing to work well. He spent the first week of the internship undertaking some on-line tutorials to gain some basic programming skills. During the placement Wes’ duties and responsibilities included handling large amounts of data and using SQL code to explore/understand the data. Wes also generated features which would enable the data to be used in modelling and running Python code to model data and generate machine learning algorithms to help assess a specific parameter. Wes also learnt a lot about how the sector operates and the strategic issues involved. “I thoroughly enjoyed the experience of getting to grips with coding as it was a skill I’ve always wanted to learn/develop”, says Wes. “I learnt many new things, all of my colleagues showed ample hospitality and the environment on the whole was just one of hard work, success and happiness”, he continues.

Wes gained many benefits from his internship. “I was entrusted to work independently and, combined with my novice coding ability, my personal effectiveness was swiftly improved by having to work efficiently whilst answering my own coding queries via research, all of which in turn bolstered my self-confidence”, reflects Wes.

Having to continually explore different data sets, combine data and build new features from the data all contributed to Wes’ knowledge and problem solving skills. Wes’ coding knowledge and creativity in terms of the avenues to explore within the data, i.e. which fields could be combined to generate a more “meaningful”/ “summative” data field and his problem solving was also enhanced. Wes also gained a taste of funding applications as he was briefly involved with e KTP (Knowledge Transfer Program) between Aviva and UEA ENV.

The internship has brought several benefits to Wes’ PhD as he feels he is now more confident conducting his PhD research, is better at managing his time and is more open to new ideas and activities. Wes feels his PIPS improved his organisation as working independently on projects using skills still fairly new to him meant he had to be organised. Ensuring he kept his code organised was equally as important to make sure he could follow his own thought process once he revisited code. “My ability to communicate was both challenged and improved when it came to coding. Team working went hand in hand with communication as coding was done independently so it was important to able to work as a team on a single project and as such communicate what work you had done on a given project to avoid overlapping work and wasting work effort”, says Wes.

Wes feels that data science at Aviva is a career that he would consider but he still has a great passion for science and wouldn’t rule out a career in academia. The internship has enhanced Wes’ professional networks and enabled him to market himself better to future employers as well as making him more aware of the potential career options outside of higher education.

Overall, Wes found his PIPS to be a very positive experience and emphasizes the advice to future students to try something really outside the realms of your PhD. “It not only shows you a whole new world of work and opportunities, but it also re-invigorates you for returning to your PhD. Whether you now want to complete your PhD because you have a new career prospect or because you remember what attracted you to your project, a PIPS which is completely different is something I personally am glad I did”.