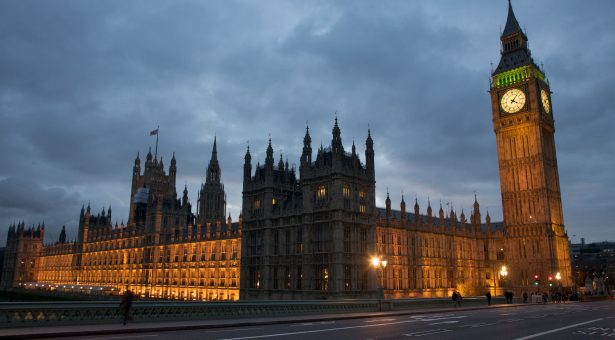 Thomas Booth, a PhD student at the John Innes Centre, undertook his PIPS at the Government Office for Science in Westminster after having seen the RCUK placements promoted in the PIPS newsletter. This is a highly prestigious scheme and Thom was selected after going through a competitive application and interview process, which was judged heavily on writing a mock policy briefing.

Thom undertook his placement from October to January 2016/17, which was at the start of his third year, and found this to be an excellent time to do his internship as it was around half-way through his PhD and provided a good time for a pause and a chance for reflection. Thom’s main duties and responsibilities during his placement were writing and editing reports and corresponding with lead academics to provide advice for the government. He was involved in the publication of several evidence reviews and provided input into several projects as well as working as a private secretary for the Government Chief Scientific Advisor.

Whilst on his placement Thom learned that the skills he has acquired during his PhD are broadly applicable in different areas of work. Thom further developed some of these skills, such as being able to disseminate complex ideas to a wide range of audiences. He also gained knowledge in a variety of different fields including economics and social science. Thom had to learn to work to very tight deadlines so this helped his time management. Team working skills were also important as Thom was working as part of a highly interdependent team in a professional atmosphere and had to provide feedback to various individuals including academics. Thom found that the placement also helped him understand the way the civil service operates and the strategic issues it faces.

In terms of enhancing his training and skills development, Thom found his PIPS very beneficial. As a result of the internship Thom feels he is more confident when interacting with different people and in different professional situations. Having had the experience Thom feels he is more willing to look beyond higher education for his next job; “This placement opened me up to opportunities outside of academia”, reflects Thom. Thom feels he enhanced his professional networks for his future career and is more aware of career options outside of higher education and overall has enhanced his employment prospects.

Thom advises students who have yet to organise their PIPS to look for placements outside of the lab and outside of their comfort zone: “Working in a highly professional environment is tough, but will provide you with new skills that cannot be acquired in the lab.”