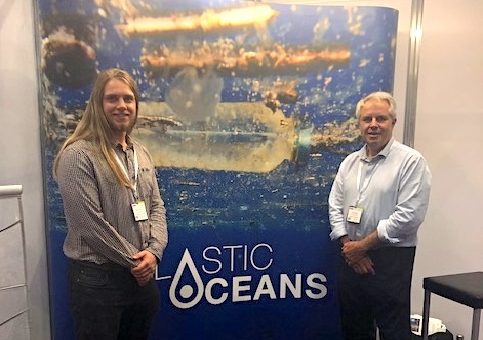 Alaster Moffat, a DTP student at the John Innes Center, wanted to use his PIPS to gain experience of working in an NGO in the environmental sector, with a view to seeing how scientific knowledge can be translated into direct, tangible outputs. Alaster also wanted to become more effective at communicating and learning how science can directly influence policy-making and public understanding of current environmental issues. Alaster met with Plastic Oceans UK at the Employer Forum and developed an internship project with them. Plastic Oceans UK was established in 2009 and is the first UK NGO to raise awareness of plastic pollution and the impact of human activity on our marine environment.

Alaster undertook his PIPS towards the end of this second year, which he found to work well as it allowed him to generate a strong foundation of work for his PhD project before leaving for three months, whilst it was also early enough to present a minimal distraction from the flow of his four years. Alaster found that he has come back to the second half of his PhD studies with renewed focus and energy.

Alaster’s role during the placement was a science adviser and his main job was to ensure the outputs of the organisation were founded on strong scientific evidence. Day-to-day responsibilities involved fact checking of any public-facing materials, including finding, assessing, and reporting all sources of information. Alaster created a specific process for reporting the outputs of this work to the rest of the team. Alaster was also responsible for the generation of materials for science communication, generating both infographics and online flip-books.

Alaster represented the scientific arm of the organisation in meetings and at the Resources and Waste Management (RWM) 2019 conference in Birmingham, engaging with various stakeholders in the area of plastics pollution. “Representing the organisation at the annual RWM conference in Birmingham was an aspect I was not expecting to enjoy, but really thrived on”, says Alaster. Alaster was a key resource for the team, assisting in their understanding of the science and allowing them to be knowledgeable when interacting with partners or the public. He led a session on a particular theme at one of the team meetings and answered specific queries for all members of the team as they arose.

Alaster feels he has developed many skills as a result of the internship. His communication skills are greatly improved, having learnt strategies of communication allowing better targeting to the intended audience and specific purpose. “Knowing how to communicate more effectively for impact is invaluable for both my curricular and extra-curricular activities”, reflects Alaster. Throughout the placement Alaster felt strongly valued as part of the team which reinforced his self-confidence and having the freedom to set up his own procedures and processes, and developing his own way of working gave him the experience of assessing his personal effectiveness in a new setting, which was well received within the team. Alaster also feels his time-management, organisational and team-working skills improved. As a small team distributed in various locations, regular communication and strong working relationships were essential.

Alaster found the experience of working with an NGO was exhilarating. “I felt my contribution was valued and had direct impact. This is certainly a path I will consider pursuing further at the conclusion of my PhD studies”, says Alaster. Alaster had a very positive PIPS experience and encourages future PIPS students to use the opportunity to explore widely, and dive into an issue or environment that truly means something to you.