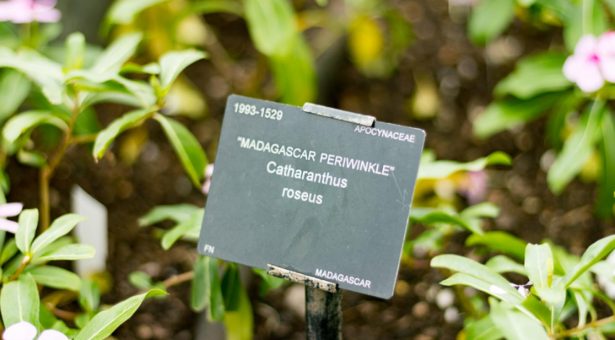 Jake Newitt, a student at the UEA, wanted to work on a large collaborative project for a research organisation and gain experience in next generation sequencing and communication skills. To achieve this, Jake used a personal contact to set up an internship at the Royal Botanical Gardens at Kew.

Jake undertook his PIPS in the 2nd Year of his PhD which he found to work well as he felt he had enough time to establish his project before going away, but still had plenty of time to restart his research upon return from the internship. Jake’s main duties during the placement were library preparations for next generation (Illumina) sequencing. He was working on high throughput molecular phylogenomics which he found enjoyable but challenging and required a lot of focus. As side project, Jake also did a lot of blog writing while he was there (https://www.kew.org/blogs/in-the-gardens/catharanthus-roseus-a-cancer-killing-champion-of-the-plant-world , https://www.kew.org/blogs/in-the-gardens/jacaranda-mimosifolia-a-jewel-in-the-temperate-house-treasure-trove , https://www.kew.org/blogs/in-the-gardens/quercus-suber-an-example-of-sustainability). Jake also helped with some planning and activity development for the Kew Science Festival. He attended a workshop with some other staff on the PAFTOL project to generate approaches and ideas for activities for children and teenagers to teach them about DNA and its application in botanical research.

Jake found the internship a useful experience for his training and skills development and feels that his career prospects have been enhanced. Jake felt confident that he was an asset to the team and was pleased that the he was able to work at a good pace and pick up new skills quickly and efficiently. Jake learnt new skills whilst he was there, and he had to quickly acquire knowledge on next generation sequencing and phylogenomics to be able to carry out his day to day work. Jake took on many additional responsibilities during his placement, as well as attending various talks organised by the host organisation. As such, he had to organise himself so that he was able to accomplish everything that he hoped to within a given time frame. Jake also developed his communication skills through writing a blog series on some of the amazing plants that can be found in Kew gardens, integrated with a soft science approach to introduce a large reader base to some of the work that happens behind the scenes at Kew. This in turn led to an invite to the director’s garden party – Jake was asked to play a role in communicating the science undertaken at Kew to the benefactors of Kew foundation. This was also an ideal opportunity to develop networking skills, and a totally new experience.