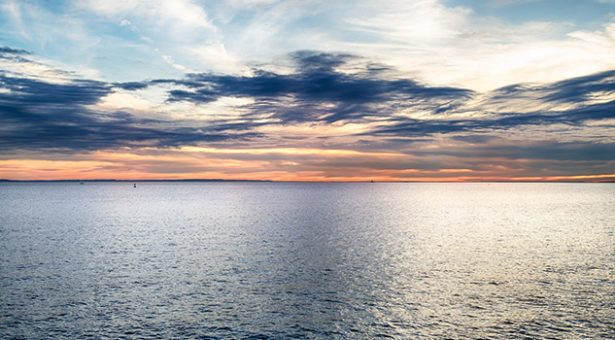 DTP student Ana Bermejo Martinez and fellow scientists from the University of East Anglia and Ocean University China have discovered that tiny marine bacteria can synthesise one of the Earth’s most abundant sulfur molecules, which affects atmospheric chemistry and potentially climate.

This molecule, dimethylsulfoniopropionate (DMSP) is an important nutrient for marine microorganisms and is the major precursor for the climate-cooling gas, dimethyl sulfide (DMS).

DMS, produced when microorganisms break down DMSP, is thought to have a role in regulating the climate by increasing cloud droplets that in turn reduce the amount of sunlight reaching the ocean’s surface. These same clouds are vital in the movement of large amounts of sulfur from oceans to land, making the production of DMSP and DMS a critical step in the global sulfur cycle.

It was previously widely thought that only eukaryotes – ‘higher’ organisms with complex cells, such as seaweeds and phytoplankton – produced DMSP. However, researchers have discovered that many marine bacteria also produce this sulfur compound, and have identified the key gene in the process.

“Our finding that DMSP is produced by many marine bacteria could mean that scientists have been significantly underestimating both the production of this molecule and the effects it is having in the environment” said Dr Jonathan Todd from UEA’s School of Biological Sciences. “Since these bacteria do not require sunlight for growth, the production of DMSP need not be confined to the surface ocean waters which receive the most light energy, as was thought to be the case.”

Dr Andrew Curson from UEA’s School of Biological Sciences said: “The identification of the key gene for DMSP synthesis in these bacteria will allow scientists to predict which bacteria are producing DMSP and assess their contribution to global production of this environmentally important molecule.”

Ana Bermejo Martinez, a BBSRC-funded DTP PhD student involved in this research, said: “Using DMSP-producing marine bacteria as model organisms will also help us to understand how and why the synthesis of this key molecule is regulated in different environments.”

Dr Zhang from OUC’s College of Marine Life Sciences said: “These bacteria, isolated during a research cruise in the East China Sea, have led to a ground-breaking discovery in the field. This work shows that marine bacteria are likely very important contributors to global DMSP and DMS production.”

This work was carried out as part of a collaboration between the University of East Anglia, and Ocean University China and work at UEA was funded by the UK Natural Environment Research Council.

The paper ‘Dimethylsulfoniopropionate biosynthesis in marine bacteria and identification of the key gene in this process’ is published in the scientific journal Nature Microbiology.