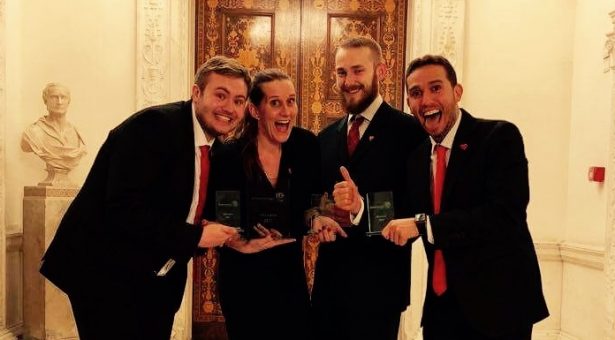 Biotechnology YES, now in its 22nd year, is an innovative competition developed to raise awareness of the commercialisation of ideas among early career researchers. The competition aims to encourage an entrepreneurial culture in the UK postgraduate and postdoctoral base for the benefit of the UK bioeconomy.

This month, three DTP students, Lucka Bibic, Oliver Cartwright and Samuel Walpole, along with UEA student Mahmoud Abdelhamid, were announced as winners of BiotechYes2017 at the Royal Society in London. They also won the people’s choice award for best pitch with their solution allowing hearts to be cryopreserved and reanimated. To read more about their idea, CryoThaw, have a look at the twitter page https://twitter.com/CryoThaw or the news story on the BiotechYes webpages